HMRC Scams: How to spot a phishing 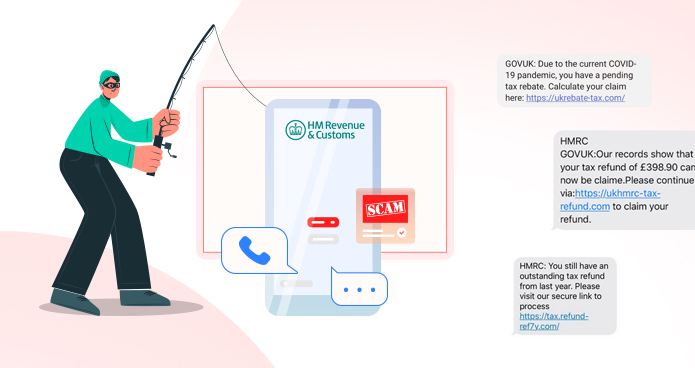 HMRC Scams: How to spot a phishing

In 2020, HMRC reported 915,762 allegations of HMRC scam calls, with more than half of them claiming fraudulent tax refunds. The City of London Police recorded a 400 percent spike in scams during the beginning of the pandemic in March, linked to an increase in coronavirus-related fraud.

HMRC impersonation frauds are becoming more complex, and scammers' activity has increased throughout the pandemic. In recent months, scams offering a tax refund or threatening legal action for unpaid taxes have grown quite frequent. They specifically target vulnerable small business owners as well as people who work in the UK on a Visa who are potential scam victims.

They have been successful by playing with people’s fears. That is why so many phishing scams prey on people's greed or curiosity and hence, frauds are becoming more sophisticated and credible.

Any text or email that you receive from the HMRC regarding a coronavirus rebate or fine is fraud. (PERIOD)

This year, a terrible hoax claiming victims are awarded "goodwill payments" because of COVID-19 was discovered. There have even been reports of people being deceived into thinking they owe a penalty of £250 for leaving the house more than once. Both scams typically proceed to ask victims for their bank account details to take up their money. In one of the instances, a self-employed individual handed over her details, only for a scammer to complete her tax return ahead of her and transfer an HMRC reimbursement to his account.

A new phishing scam has arrived in taxpayers’ inboxes, as the fourth self-employed income grant has been open for claims. The fourth grant for small business owners is from 1 February 2021 to 30 April 2021, and it is worth 80% of the trader's average profits. The grant will be available to taxpayers who traded during the tax years 2018/19 and 2020/21. However, the notification directs the small business owners to login in and "follow step 1 of 3 to have your tax refund credited to your bank account." Later the email recipient advises the user to submit details of their passport and driving license to complete the application.

How to spot a scam email or text from HMRC

A checklist for identifying scam phone calls, texts and emails purporting to be from HMRC is provided by Gov.uk

HMRC is also issuing letters to several self-assessment taxpayers to ensure that their reimbursement claims are not fake.

A nursing assistant who was working in the UK on a visa got preyed on by scammers who threatened her by saying she will lose her right to work in the UK if she would not comply with the procedure. But before she hung up, she questioned herself. She was asked to pay £2,500 by 3 pm the same day. The scammers took advantage of her vulnerability. She was worried hence, she used her life savings and ended up borrowing some funds to pay the rest of the funds. It was too late for her to realise it was all a hoax.

The example above ticks every single scam element on the list: Unsolicited, pressuring/threatening, asking for personal information, and most importantly asking to TRANSFER MONEY. HMRC doesn`t do any of these.

Similarly, scammers will also attempt to get access to an agent's online services account. We advise taxpayers and accountants to verify that your login information is highly anonymous and that passwords are updated at regular intervals.

Scams have become elaborate, they know what you fear the most or what you desire the most, they play on your actual emotions like curiosity, greed, and fear. They are also aware of the vulnerable situation you are, as is what happened to the NHS staff who works on a visa. Only criminals would attempt or rush to panic you, so it is completely okay to refuse, reject or ignore any requests.

If you believe you have been a victim of fraud, make sure you check with your bank immediately and report it to Action Fraud. Also, click here or search GOVUK for 'scams' for advice on how to identify legitimate HMRC contacts and how to prevent and report scams. 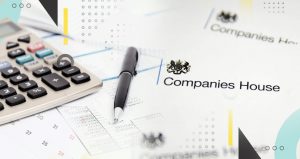 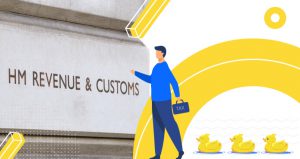